From Shafted to Club X: the TV shows so shocking they were taken off air Television

Fifty years ago, the biggest flop in television history aired. But not for long. Turn-On was deemed so offensive that, 15 minutes into the half-hour sketch show, US TV executives pulled the plug and filled the rest of the time slot with live organ music and a black screen.

“If your naughty little boys have to write dirty words on the walls,” went a telegram from one exec in Cleveland to the ABC network that commissioned and syndicated the show, “please don’t use our walls. Turn-On is turned off.” They weren’t alone. “We have decided, without hesitation, that it would be offensive to a major segment of the audience,” said Denver’s KBTV. The cast and crew of Turn-On had assembled in a Los Angeles hotel for the opening-night party. But as station after station shut down Turn-On, the party became a wake. 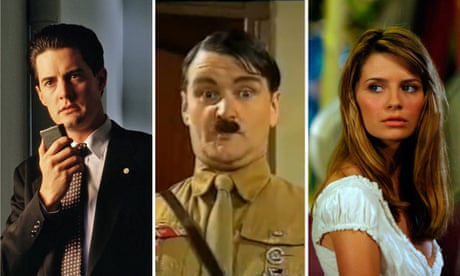 Heroes to Heil Honey I'm Home – are these the smartest TV cancellations ever?

Given how much tripe has been broadcast without censure over the years, these extreme measures are astounding – as is the fact that there was an organist on hand to jump in and play live. TV is responsible, after all, for My Mother the Car, about the fraught relationship between a man and his mum, the latter having been reincarnated as a 1928 Porter automobile. And for The Flying Nun, in which Sally Field, God bless her, had airborne adventures over her convent.

All of those shows, at least, lasted a full episode. What was so offensive about Turn-On? In his memoir What’s So Funny: My Hilarious Life, comedian Tim Conway recalled a sketch in which he played a guy doing a deodorant commercial. After working out with weights, he tells the camera: “When I’m all through, I smell like a lady.” Cut to Conway in drag. In another, Conway was arrested and offered one phone call at the police station. He makes an obscene phone call.

There was also some topical political comedy. “Where is the capital of South Vietnam?” someone asked. “Mostly in Swiss banks,” came the reply. Another gag featured a peace negotiating table in the shape of a swastika. As for the show’s sexual politics, well, this was 1969. A cop asks his partner: “You want to take some of this pornographic literature home with you tonight?” The partner replies: “I don’t even have a pornograph!”

Producer George Schlatter recalled another sketch in which a woman put a quarter in a vending machine. “You panned down and it said, ‘The Pill.’ And it wouldn’t come out of the vending machine, so she went nuts, screaming.” This upset the men in charge. “They resented that there was a sexually aggressive woman going crazy when she couldn’t get a pill.”

Schlatter’s vision for the show was radical. The idea was that Turn-On was generated by a computer, so instead of a laugh track there was a Moog synthesiser soundtrack. Originally called Cockamamie, the show sometimes divided the screen into four squares with different action taking place in each. 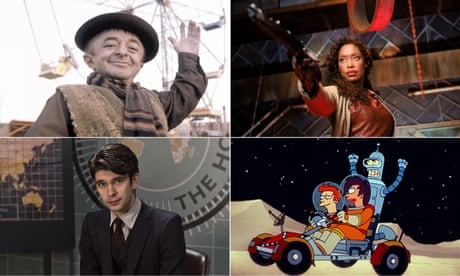 Firefly to Futurama: the cancelled TV shows you are still angry about

TV Guide magazine branded Turn-On “the biggest bomb of the season”, claiming viewers were offended by its sexual content. Schlatter tells a different story. “There was a guy in Cleveland who wanted to keep Peyton Place on the air.” Peyton Place, America’s star-studded answer to Coronation Street, had been a hit when it launched in 1964, but was floundering. “He’d never seen Turn-On, but he got on the phone and called all the affiliates and said: ‘This is terrible, we have to get rid of it, it’s gonna ruin your station and my station.’ So they kept cancelling the show before anyone had seen it … because of this one wingnut in Cleveland.”

Five days after its aborted premiere, Turn-On was formally cancelled. So ended the closest US TV got to the surreal nuttiness of Monty Python’s Flying Circus, which premiered the same year. One key difference is that the BBC wasn’t and isn’t beholden to affiliates or sponsors. That meant it could ride out any objections (even from those who worried the show was sadistic, perhaps citing the sketch in which John Cleese played an undertaker uncertain how to dispose of his mother, whose corpse Graham Chapman offers to eat). That said, Michael Palin recalls in his memoirs that the BBC did try to censor the third series.

Pulling the plug mid-broadcast is one thing. Banning a show after it has aired is quite another. That is what happened to an episode of The X Files that aired in October 1996. Viewers complained that Home, about a murderous inbred clan, was too disturbing. Children discover the body of a deformed baby in a field, Mulder and Scully investigate, and eventually find an incestuous family who bump off anyone who threatens their lifestyle, including the limbless matriarch Ma Peacock, who lives on a rolling cart under a bed.

It was never broadcast again, except on Halloween 1999, when Fox used the furore generated by its own ban to boost ratings, billing the show as “so controversial it’s been banned from television for three years”. At the time, co-writer James Wong said: “We didn’t think we were pushing the envelope of taste in the way people seem to ascribe to us – ‘Oh, there’s incest, there’s killing a baby.’”

There can be little doubt that Heil Honey I’m Home pushed the envelope of taste. Geoff Atkinson initially sent a sketch to Ronnie Barker hoping it would be performed on The Two Ronnies. Instead, he developed it into a 16-part sitcom that has Adolf Hitler living with Eva Braun in 1930s Berlin, next door to a Jewish couple, Arny and Rosa Goldenstein. Atkinson wrote it as a spoof of 1950s US sitcoms, with Hitler played as a kind of Nazi Jackie Gleason.

The pilot, which aired in September 1990, starts with a brief caption explaining that the tapes of the show have recently been discovered after being lost for many decades. “Anything that trivialises Hitler,” said Hayim Pinner, secretary general of the Board of Deputies of British Jews, “is to be deplored. Someone who caused so much misery and grief is not really a fit subject for humour and trivialisation.” His outrage is understandable, but his argument could also apply to The Producers, the Mel Brooks classic, and the BBC sitcom ’Allo ’Allo, neither of which got canned – unlike Heil Honey I’m Home. (The pilot can, however, be seen on YouTube.)

“The reaction was interesting,” Atkinson has said. “There seemed to be two strong views. It was insensitive, or it was absolutely legitimate territory. The cast – three-quarters Jewish – were in the latter camp and had no problem. My feeling is that, with time, we could have won the doubters round.”

Asked if Heil Honey would get the green light today, Atkinson replied: “I’d hope so. Tastes do change.” Good point. Tastes change. Maybe now Turn-On and Heil Honey could be broadcast without causing controversy. By contrast, it’s unlikely that racist shows such as The Black and White Minstrels or Love Thy Neighbour, both huge TV hits in Britain in the 1970s, could air today.

How lovely it would be, though, if Channel 4 revived Club X, its live weekly 90-minute arts and culture magazine that appeared briefly 30 years ago aimed at 18- to 34-year-olds. Under new chief executive Michael Grade, it was part of C4’s bid to make cultural programming more accessible.

From the start, it was a disaster, as BFI critic Trevor Bryant recalls: “[U]nder rehearsed, badly lit and with faulty sound, it might have caused more of a stir if anybody had been able to tell what was going on.” Background music made it tricky for the presenters to hear cues. “It was worse than that,” recalls series editor Charlie Parsons. “The first night there was a power cut which took it off air in the London area.” Presenter Fou Fou L Hunter, whom some viewers will recall as a green-clad fairy reminiscent of outrageous performance artist Leigh Bowery, died midway through the show’s run of 23 episodes.

Thirty years on, though, Parsons remains proud of Club X. “It regularly appears in TV Hell lists, but I thought it was ahead of its time. It was like the YBAs before the YBAs. If it had been screened 10 years later, it would have been fine.”

Its ethos, Parsons explains, was to make art instead of reporting on and reviewing art like the BBC’s Late Show did. Each week was themed around an avant garde art movement. Hence, for instance, at the show’s futurist dinner party, a waiter poured water over Paul Morley, who, not unreasonably, punched him and walked out. Another week, naked women writhed in blue paint in homage to Yves Klein’s 1960 performance art Anthropometry.

One problem was that Club X fell between two stools, between art and entertainment. In the end, Parsons and C4’s commissioning editor for youth programmes, Stephen Garrett, ditched the art. The result was The Word (1990-95), a show that featured bands, interviews and wannabe celebrities bathing in maggots.

Could Club X be revived now? Parsons is doubtful. “The real difference is that shows have to pay themselves now which makes producers risk averse.” Fair point, but risk aversion is not new. Presumably there is another circle of TV hell crammed with shows so offensive, harrowing, ill-advised or otherwise terrible that executives realised they must never be broadcast for the public good. Shows so appalling they make Heil Honey, Turn-On or Club X seem like Balamory or Bake Off. If you made such a pilot, do get in touch. I, at least, really want to see it.

… we have a small favour to ask. More people around the world are reading The Guardian’s independent, investigative journalism than ever before. We’ve now been funded by over one million readers. And unlike many news organisations, we have chosen an approach that allows us to keep our journalism open to all. We believe that each one of us deserves access to accurate information with integrity at its heart.

The Guardian is editorially independent, meaning we set our own agenda. Our journalism is free from commercial bias and not influenced by billionaire owners, politicians or shareholders. No one edits our editor. No one steers our opinion. This is important as it enables us to give a voice to those less heard, challenge the powerful and hold them to account. It’s what makes us different to so many others in the media, at a time when factual, honest reporting is critical.

Every contribution we receive from readers like you, big or small, goes directly into funding our journalism. This support enables us to keep working as we do – but we must maintain and build on it for every year to come

Vietnam and Cambodia tour review: Five-star luxury on any budget

COMPANY FINEST EXERCISE AND THE STRENGTH OF ENTERPRISE INFORMATION AND FACTS

Subscribe to our newsletter to get notification about new updates, information, discount, etc..